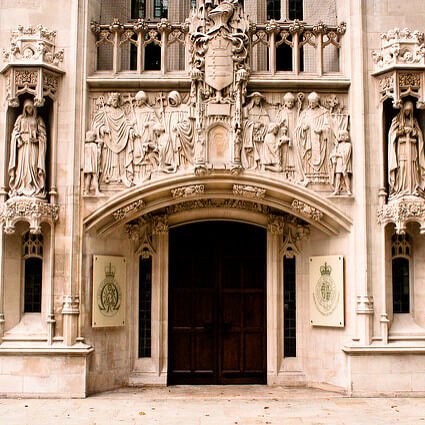 The Supreme Court has allowed an appeal by a mother against a decision to allow the father’s appeal against the refusal of his application for the summary return of the couple’s two children to Australia.

Until 2015 the couple had been living in Australia with the children. By the end of 2014 their marriage was in difficulties. The mother, who holds British citizenship, wanted to make a trip to England with the children. The father agreed to an eight-week stay. The mother and the children came to England on 4 May 2015, where they have since remained. Discussions between the mother and father resulted in the father agreeing to an extension of the eight-week visit up to a year.

On 2 November 2015 the mother applied for British citizenship for both children, without telling the father. Eventually, in June 2016 the mother told the father that she intended to stay in the UK with the children.

The father made an application under the Hague Convention for the summary return of the children to Australia. However, the High Court refused the application, on the basis that by then the children had become habitually resident in  in England and Wales, so that mandatory summary return was unavailable under the Convention. The judge held that there was no principle of ‘anticipatory retention’ under the Convention, which meant that the mother could not have wrongfully retained the children prior to the expiration of the parties’ agreement. He also found that the mother had not, before the expiry of the agreed year (which he determined was at the end of June 2016) made any act of anticipatory retention, even though she may have decided to retain the children in this country before then.

The mother appealed against that decision, to the Supreme Court. The Supreme Court found that anticipatory retention (which it called ‘repudiatory retention’, i.e. an intention to repudiate the agreement to return the children after one year) is possible in law. However, the court found by a majority of 3 to 2 that in this case the retention had not occurred before June 2016, as the mother’s ‘internal thinking’ could not alone amount to a repudiatory retention – an overt act by her was also required (their Lordships accepted the finding of the judge at the first hearing that, when she made the citizenship application in November 2015, the mother had not possessed the intention to keep the children in this country). By June 2016 the children had become habitually resident in this country, so the Convention did not apply. The mother’s appeal was therefore allowed.

Family Law Cafe welcomes the clarification on anticipatory/repudiatory retention, although is concerned that their Lordships were not unanimous on the question of what amounts to repudiatory retention. Obviously, this can be a complex issue, and if you require expert advice as to how the decision may apply to your case, then we can help you find a specialist . To contact us click the Contact link above and fill in the form, or call us on 020 3904 0506.