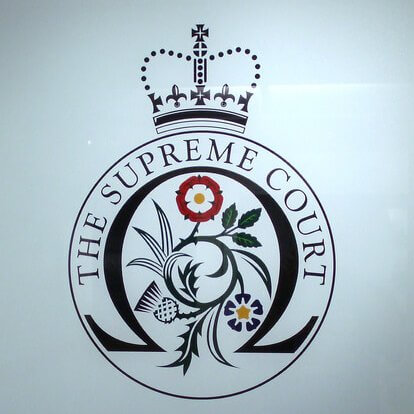 A couple who believe that civil partnerships should be available to different-sex couples have won their case in the Supreme Court.

Rebecca Steinfeld and Charles Keidan wish to formalise their relationship but have deep-rooted and genuine ideological objections to marriage, based upon what they consider to be its historically patriarchal nature. They therefore wish to enter into a civil partnership, but are unable to do so, as civil partnerships are only available to same-sex couples.

The Supreme Court today held that the rule is discriminatory. Giving the unanimous judgment of the court Lord Kerr said that the government should have eliminated the inequality of treatment of different-sex and same-sex couples immediately when the law was changed in 2014 to allow same-sex couples to marry. This could have been done either by abolishing civil partnerships or by instantaneously extending them to different-sex couples. Instead the government, knowing that the rule would bring about an inequality of treatment between same-sex partners and those of different sexes, decided that further investigations were required before a decision was made whether to abolish or extend civil partnerships. However, said Lord Kerr, taking time to evaluate whether to abolish or extend could never amount to a legitimate reason to justify the continuance of the discrimination.

Accordingly, the Supreme Court allowed the appeal and made a declaration that the rule was incompatible with the European Convention on Human Rights.