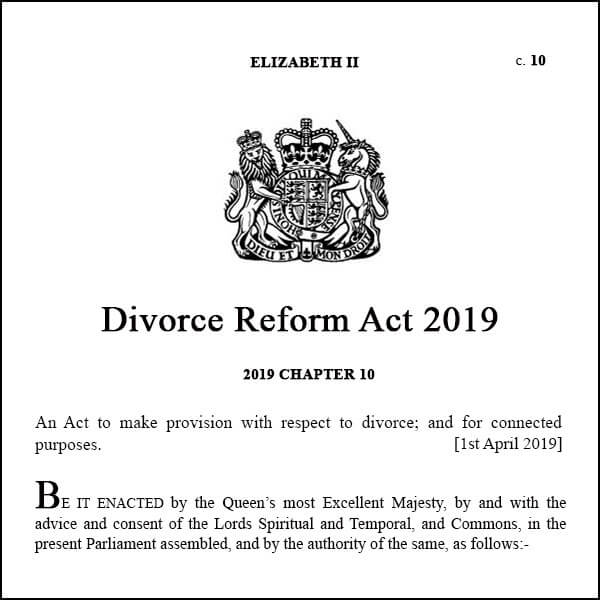 No-fault divorce finally in sight, but what will it look like?

The justice secretary, David Gauke, has confirmed that he will bring in legislation enacting no-fault divorce, in the next session of Parliament. The announcement brings this long-awaited reform a step closer to reality.

But exactly what is the new legislation likely to say? The detail has not of course yet been decided, but these are the Government’s proposals:

1. That the sole ground for divorce, i.e. that the marriage has broken down irretrievably, be retained.

2. That there no longer be any necessity to prove irretrievable breakdown, for example by showing that the other party has committed adultery or behaved unreasonably. Instead, it will just be necessary for one or both of the parties to file with the court a notice that the marriage has broken down irretrievably.

4. That the opportunity to contest the divorce be removed – there will be no more defended divorces.

5. That the current bar on issuing a divorce in the first year of marriage be retained.

It appears that the idea of no-fault divorce is generally supported. We suspect that the only one of these proposals that is likely to be subject to change is the third, with the ‘period for consideration of the decision to divorce’ possibly being altered.

Of course, all of the above depends on Parliament having time to pass the legislation. In particular, it would be seriously delayed (or worse) if its progress is interrupted by a general election.